The small team of full time and part time staff is also joined by temporary staff as well as many volunteers in the lead-up to and during the Edinburgh International Children's Festival.
They all contribute to the Festival's success and although they are not listed on this page, we would like to thank them for their professionalism and commitment.
Full time staff are listed below in reverse alphabetical order of surname. 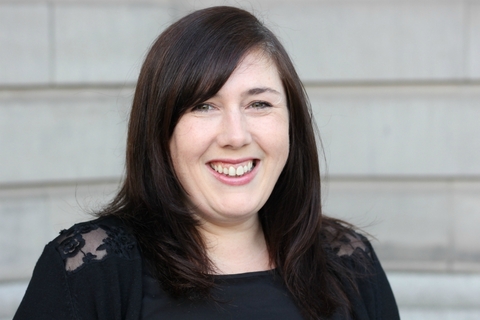 Senior Producer
pamela@imaginate.org.uk
Pamela joined Imaginate in August 2016. She is responsible for producing Edinburgh International Children’s Festival, Creative Development programme, oversees Theatre in Schools Scotland and manages other projects throughout the year. She studied a BA hons in Drama and Theatre Arts at Queen Margaret University. She co-founded a producing and project management business, which included producing new work, running a festival venue, schools touring and various arts administration. She then worked for 10 years at the National Theatre of Scotland in a number of different roles including Learn Project Manager and Producer. Throughout that time, she worked on touring productions, large-scale community and schools work, site specific and main stage productions. Pam is Imaginate's Designated Child Protection Officer. 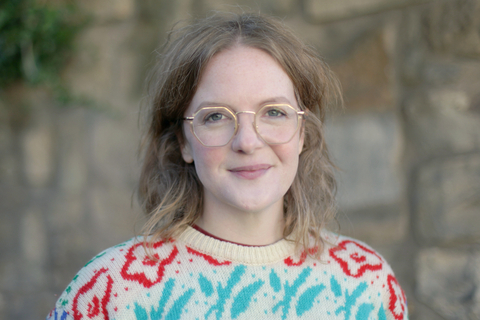 Assistant Producer
isabel@imaginate.org.uk
Isy joined Imaginate in September 2021 as the assistant producer for the Festival with a particular focus on Family Encounters and the Delegate programme. She is also supporting different strands of the Creative Development programme among other projects. Isy has worked as a freelance producer and performer, and has an MA Acting (ALRA, University of Greenwich), and a BSc in Psychology from the University of Glasgow. She has previously produced for Sphinx Theatre, including their pioneering Sphinx 30 playwright development programme, and was an artistic associate of Lewes-based Slot Machine Theatre. Isy is lead producer for Snap-Elastic theatre company. 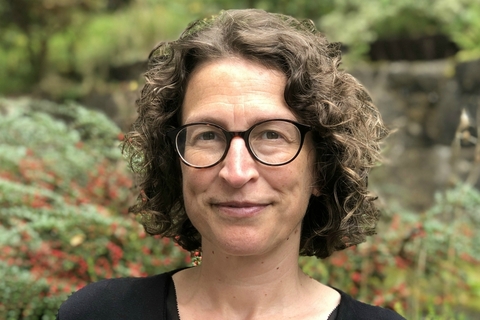 Chief Executive
belinda@imaginate.org.uk
Belinda has been Chief Executive of Imaginate since February 2021, with overall responsibility for the strategic development, financial management and leadership of the organisation. She was previously Executive Producer at Barrowland Ballet, one of the most successful contemporary dance theatre companies in Scotland. Prior to this she was Executive Producer at Take Me Somewhere and Arts & Cultural Development Officer at Scottish Refugee Council. In 2016 Belinda founded a charity to provide an arts and participation programme for young refugees arriving on their own in Scotland. She trained at the Central School of Speech and Drama and has a Masters in Young People, Social Inclusion and Change from Glasgow University. 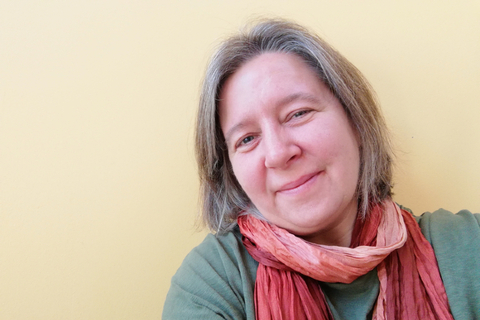 Doctorial Researcher
sian@imaginate.org.uk
Siân is undertaking PhD research with Imaginate and the University of Aberdeen after completing a Masters in Theatre Studies at Glasgow University. No stranger to children's theatre, Siân has worked as a stage manager and production manager for 20 years, with a particular focus on contemporary dance and work for children, including several visits to the Edinburgh International Children's Festival itself. The title of Siân's project is Valuing Young Audiences, and her aim is to bring together academia, professional practice and the voices of children and young people to help us better understand and provide for our most important audiences. 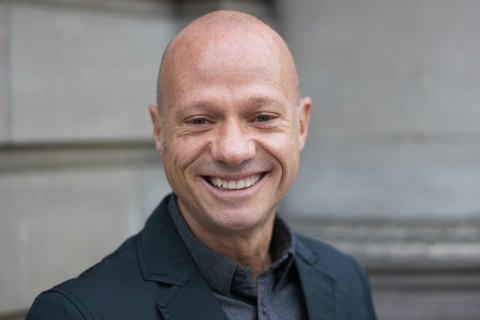 Festival Director
noel@imaginate.org.uk
Noel is the Festival Director of the Edinburgh International Children’s Festival joining the team in October 2015 from Australia where he had worked in Theatre for Children and Young People for almost 30 years.
Noel has extensive experience as a producer, director, actor-devisor and drama educator. Working as a Drama Lecturer in Arts Education at the University of Melbourne he also completed his Masters in Education.  As a producer Noel worked at Sydney Opera House where he curated the House:ed and Kids at the House annual youth programs (2004-2010 and in 2011 as a guest curator).
He was previously an Executive Committee Member of ASSITEJ from 2008-2014. 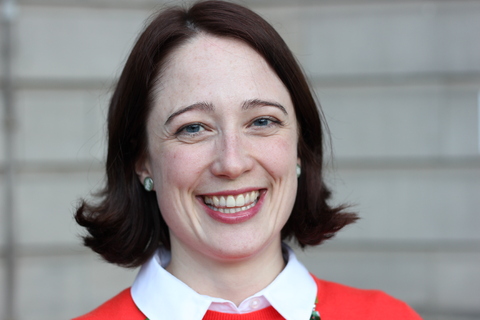 Development Manager
molly@imaginate.org.uk
Molly joined Imaginate for the first time in January 2018. Following a year away, she is delighted to be back with the organisation as Development Manager. Molly is responsible for managing relationships with Imaginate’s diverse funders and corporate partners, as well as for seeking out new funding opportunities to support our projects. She has worked previously as Senior Corporate Fundraiser for Children 1st and as Development Officer for Toonspeak Young People’s Theatre. She has an MA in Arts Management and a PhD in youth drama. Molly’s background is as a youth drama facilitator and she is a keen Girlguiding volunteer.

Production Manager
fi@imaginate.or.uk
Fi runs her own production company Fi Fraser Production Management and has been Production Manager for the Festival since 2018 on a freelance basis. She has extensive experience managing all technical and production aspects of a wide range of live performances, with the expertise to turn almost any venue into a performance space. Fi has worked for Grid Iron since 2001 managing over 22 productions and heading the Stage Management team who won the 2004 SMA excellence in Stage Management Award. She has also worked for Vanishing Point since 2009, managing all national and international tours. Fi is also a board member for Independent Arts Project. 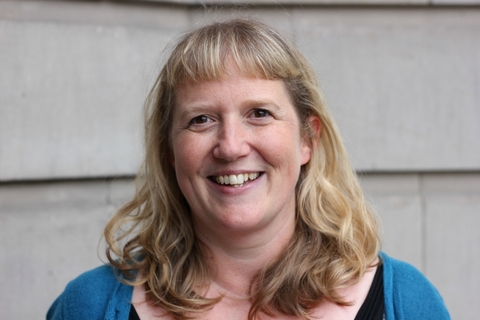 Creative Development Director
fiona@imaginate.org.uk
Fiona joined Imaginate in September 2011. She originally trained as a flautist graduating with a Masters in Performance from the Royal Conservatoire of Scotland in 2001. Since then various jobs within music, music theatre performance, arts education and curation have led to a focus on theatre and dance for children and young people.  Fiona has worked as a freelance musician, cultural coordinator, arts development officer and venue programmer. Her current role includes initiating and managing projects and opportunities for artists and schools, mentoring, curating platforms for artists incl. works in progress and scratch events, and is Artistic Lead for PUSH+. Fiona is a guest curator for the Step 2022 (an international dance festival for young audiences in Sweden), is on the international advisory board of Explore Dance (a German project commissioning new dance performances for young audiences), and was a Singapore International Foundation Arts for Good Fellow 2018/19. 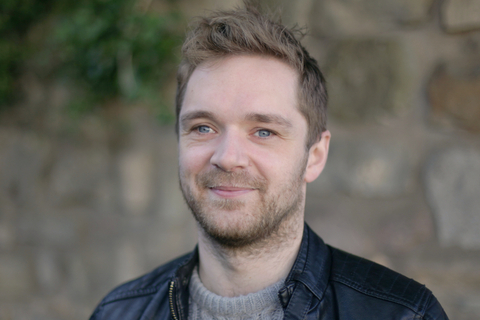 Company & Project Administrator
connel@imaginate.org.uk
Connel joined Imaginate in June 2021 and is responsible for company administration and supporting projects across the organisation. Connel graduated from Queen Margaret University with a BA in Drama and Performance and has worked in a variety of production and festival events. In 2018 he co-established Shift theatre company through which he produces Pride Plays, Scotland’s first LGBTQIA+ playwriting festival. He also sits on the board of Edinburgh based theatre company Bare Productions where he oversees the Creative learning strand of the company. 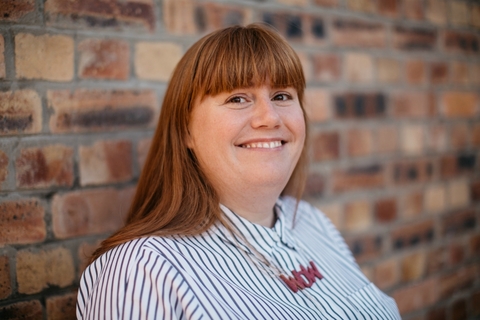 Lou Brodie
Schools Project Manager (interim)
louise@imaginate.org.uk
Lou joined Imaginate in February 2022 on a temporary basis. She is an applied artist, performance maker and project manager based in Scotland. Through an artistic process rooted in social practice and conviviality, she produces unique art works and events in collaboration with communities, people and place. She graduated in 2004 from the Royal Conservatoire of Scotland with a BA(Hons) in Contemporary Theatre Practice and holds an MSc in Applied Gender Studies from Strathclyde University. She has worked with a range of national and international companies and artists, and has built a portfolio of work across the community, youth arts and young audiences’ sectors. 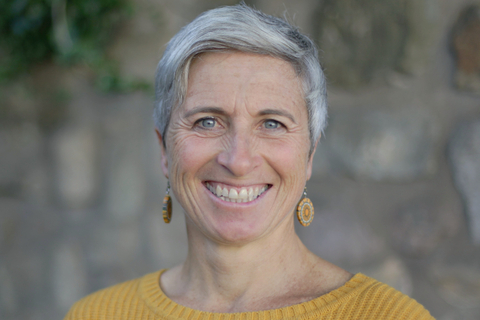 Head of Marketing & Communications
marion@imaginate.org.uk
Marion joined Imaginate in December 2015. She is responsible for developing and delivering the organisation’s marketing strategy, increasing awareness of and engagement with Imaginate’s year-round activities including the Children's Festival.
She has worked in arts marketing for over 20 years. She studied Business in France and an MA in International Development at Leeds University but soon started working in the cultural sector. She helped start and worked for Scotland’s first audience development agency The Audience Business, was marketing consultant for a small community arts centre in the US before becoming Marketing Director for Scottish Book Trust. She was on the board (and chair) of Catherine Wheels Theatre Company for 16 years and is now on the board of All or Nothing Aerial Theatre. 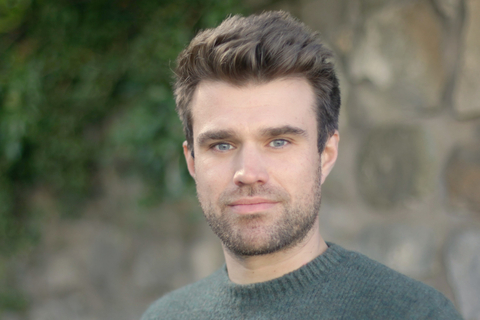 Digital Content Producer
cedric@imaginate.org.uk
Cédric joined Imaginate in August 2021 to develop original filmed content to promote Imaginate's projects with artists and increase engagement with schools and families. He used to be a Location Manager and Assistant Director in the French film industry and worked with the same passion on blockbusters and independent films. In 2014 he started producing music videos, corporate films and commercials. Since moving to Scotland he has also become drone operator and worked with Channel 4. 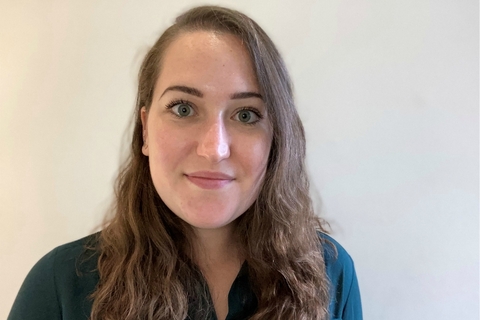 Schools & Delegates Coordinator
julian@imaginate.org.uk
Julian is working from January-June 2022 as the main contact for all schools and delegate bookings for the Festival, having previously worked with Imaginate on the 2020 and 2021 Festivals. Julian holds a BA in Dance (and Political Science) as well as an MA Arts, Festival and Cultural Management from Queen Margaret University. She has worked across festivals and performing arts in the US and UK, including administration, artist liaison, company management and events roles.