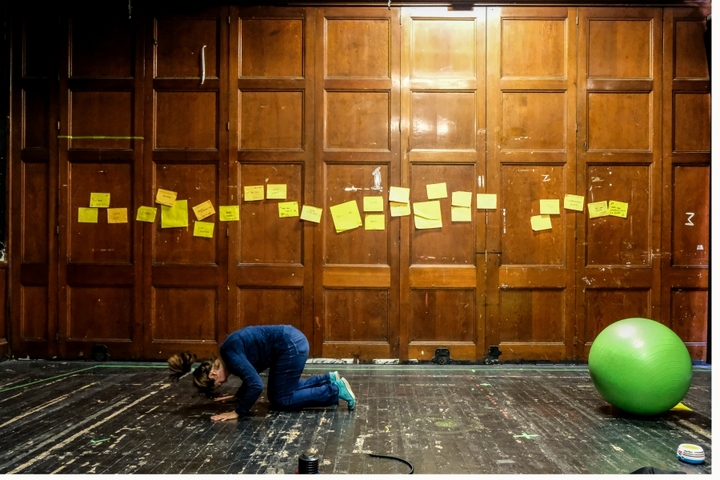 I want to write a story in which a young person is searching for ways to draw what she sees, and ways of understanding her Aunt’s way of seeing things, in order to do the best she can for herself.

Accelerator (new writing) is a strand of Accelerator which will offer producing and artistic support for playwrights to develop new writing for young audiences over the next three years.  After a call out process, the writer we have selected to work with for 2019/20 is Skye Loneragan who will work a new idea for young people called The Turmeric Trail.

We are working in partnership with the Traverse Theatre which meant Skye could present a rehearsed reading of The Turmeric Trail on 9 November as part of First Stages Festival, the Traverse's new festival of new script-in-hand readings.  She had a couple of days with professional actors to help in the writing and presentation.

After receiving feedback on the rehearsed reading, Skye will now have some development time in January 2020 with a larger creative team to create a work in progress that will be performed as part of our Ideas Exchange event on 29 January at the Traverse.

The Tumeric Trail is an adventure in perception really..and it has only just begun. I managed to catch the character’s voice for wee while the other day, and she said:I’ve already told you about the anti-depression chamber, her room, and how Aunty loves yellow, but now her fingers are always stained yellow and the kitchen benches are constantly stained a blotchy yellow, because she is so obsessed with turmeric. Turmeric root, turmeric fresh grated, in everything, in tea. On toast. Soups. Every single made meal, She says it acts like an antibiotic, and that antibiotics are becoming useless to us and we need to change back, and she’s maybe got a point about all that, but she gargles it. She gargles turmeric. And it is really hard to hide her illness when we go out because she’s made herself so yellow. She even painted her sneakers yellow. When they weren’t. Or weren’t supposed to be.

Anyway, back to George.

One day he will want to eat me. That’s just natural. But it’s up to me to make sure I don’t get near enough for him to stun me into that state where he can do that”