News: Artist Shona Reppe on how PUSH is influencing her practice 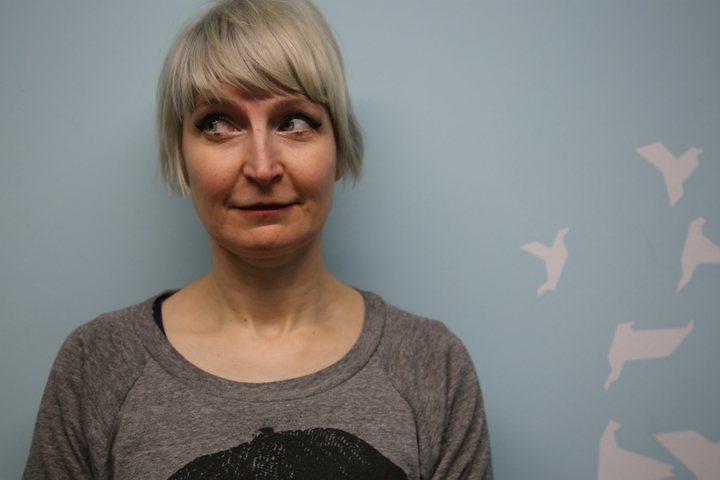 "Baba Yaga is about wild women reclaiming the true meaning of the witch as a wise woman who lives without fear, and not a spidery two dimensional purely evil hag. Baba Yaga herself represents a woman who although powerful and potentially dangerous is also fair and just. Vaselina goes on the classic journey of self discovery and is changed by her meeting with Baba Yaga.

Baba Yaga basically gives permission (not that we need it) for two women (over 45 - no way!) to be funny and powerful, loud and weird. These are wild women, unhampered by the constraints of gender stereotypes. The show is about finding your voice and is very much influenced by the talks and discussions we had during the PUSH workshop."

Baba Yaga follows Vaselina, who lives the quiet life safely tucked away on the third floor of a tall apartment block, but is suddenly forced to confront her mysterious and terrifying neighbour Baba Yaga. The show is a co-production between Imaginate and Windmill Theatre Co (Australia), created by Rosemary Myers, Christine Johnston and Shona Reppe and co-funded through the Scottish Government’s Edinburgh Festivals Expo Fund.

Following the festival premiere and a tour of Scotland in May 2018, Baba Yaga will make its way to Adelaide in 2019 and is expected to have a long national and international touring life.

You can find out more about Imaginate's previous commissions here.