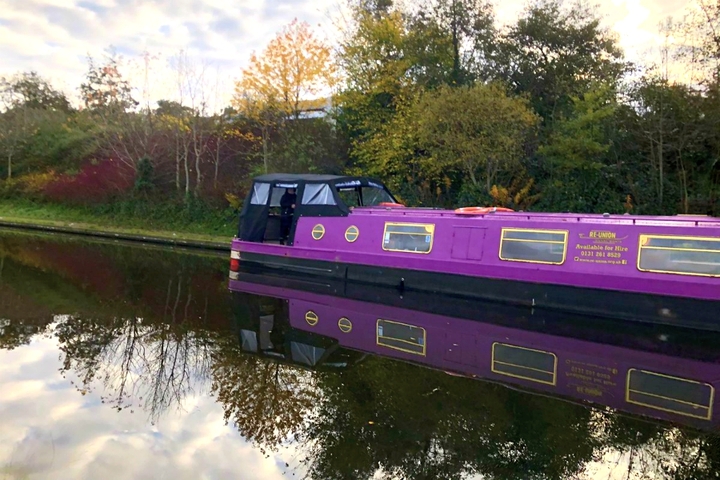 In order to have a chance to work in smaller more focused groups, we decided to try splitting each P6 class in half with Caitlin and I working separately and then swapping groups. This was great because we could delve a little deeper into the process. I had the chance to develop some of the lifts and duet work we have been making together and Caitlin could start getting to know the classes and try out some voice work with them. The classes also did some writing about the canal and what home means to them. This writing will be the starting point for the song we will create together.

It was great having smaller groups but what was tricky was it felt like as soon as we got started, we had to move on and swap groups. It also felt like because Caitlin and I were working separately in different spaces in the school we weren’t able to communicate with one another and follow the lead from the P6s about what they were inspired and excited by. It was more led by timings which was frustrating and felt like it stopped the flow of what we were discovering. It was useful to try and work this way in order to have smaller groups, but next week we are going to go back to leading together so we can take the lead from the P6s and react to what is happening in the room.

Today we created some improvised travelling duets inspired by different types of conversations. How can we communicate and listen with our bodies? How can we embody the emotion of the conversation? Making choreographic decisions in the moment.

I asked the group what does dancing feel like? - ‘Freedom!’ - Junior

We also we worked on the beginnings of our song, it is inspired by call and response and the act of singing to the canal. For the final sharing we would love for both P6 classes to sing together and lead their own call and response in a live performance. We experimented with different leaders and there were lots of brave and bold volunteers. The atmosphere with both P6 classes is energetic and eager. They are really throwing themselves whole heartily into the process. We also experimented with some recording for the track that will support the live performance. In a small group of 6 we recorded singing and Ethan did some improvised beatboxing. We also asked Kirsty and Omar to read some of the poems created by P6 last week about the canal and home. This recording might also be used in the final track. We are working with 61 children in total and we want to make sure everyone has a moment to contribute something special and unique to the residency. In this short time frame it is quite challenging but we feel is integral to the spirit of the project.

BOAT TRIP! This week we organised for the P6’s to go on a Canal Boat to experience what it feels like to be on the water and sing to the canal. It was brilliant! For most of the children it was the first time they had ever been on a boat and to have the experience of seeing the canal where they live from a truly unique point of view, on the water, was exciting and empowering. For the P6s to have the opportunity to sing live on the boat and connect the work we have been doing with them inside the school to nature and the canal was very inspiring and an important part of the residency.

Some reactions to being on the canal boat:

‘I want to stay on the boat forever’

‘I want to live on the canal’

‘It’s so quiet and peaceful out here’

‘I love the silence’

'I can see my house from here!'