Blog 1: Victoria Beesley (Imaginate at the National Theatre of Scotland) 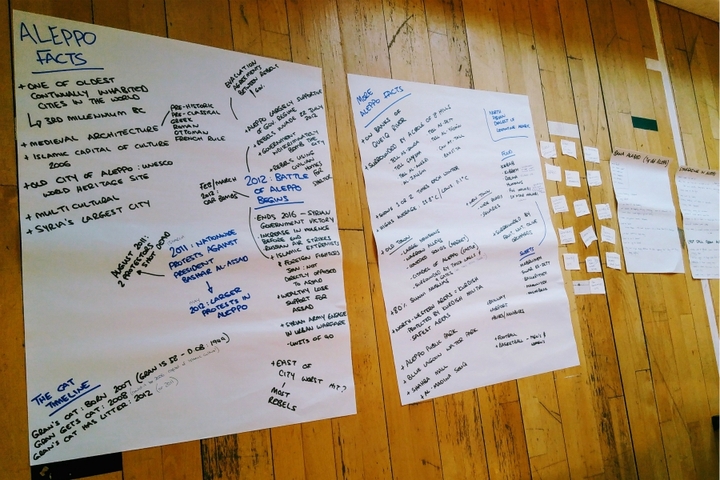 I’m over half way through my writer’s attachment and I’m pleased to say I’ve written some words.

The story I’m writing is a true story. There is a man in Aleppo, Syria, who chose to stay in the thick of war to care for abandoned cats. He wants to resist war by showing compassion and love for life. I like that.

But with the story already out there, I need to add my own twist. Otherwise what’s the point in telling it again?

My Friend Selma is a show I wrote about an eight year old girl who flees war in Bosnia. She has to leave her pet cat behind. The question I’m most asked by children who come and see it is, ‘What happened to Selma’s cat?’

Aha! I’ll tell the story of the Cat Man of Aleppo, the story of a city, a war, from the perspective of cats. That way we’ll find out what happens to cats when they get left behind!

I’ve looked at a lot of pictures of cats over the last three weeks, and at this point would like to suggest you take a brief interlude from my blog to check out the pinnacle of cat photography: https://petapixel.com/2015/10/26/portraits-of-cats-shaking-themselves-clean/.

I’ve also looked at lots of harrowing pictures of the destroyed city of Aleppo, and heard moving stories from people who’ve fled the city. I’ve spent a lot of time trying to find the best way to talk about war to 5-8 year olds. I want to be honest with them, to talk about the sad things that happen during a war, but also be sensitive to the fact that things that do happen in a war are horrible and scary.

I was lucky enough to run a couple of workshops for the P4s at Niddrie Mill Primary School. They told me what they know about war, what it looks like, how it makes them feel. Then we all pretended to be cats for a bit. I was struck by how much they knew about war and the empathy they had for people affected by it. But also by their ability to jump from discussing something sad to telling an absurdly comic anecdote. Their brains were pinging all over the place. One story after another. They were able to process their thoughts quickly and then move on. The sad, the personal, the cold analysis, the joyful, the ludicrous. It’s this frantic, anarchic thought process that I’m now trying to feed into my play. The sad and the absurd sitting side by side.

The P4s also gave me this list of things I had to try include in the story. Wish me luck. 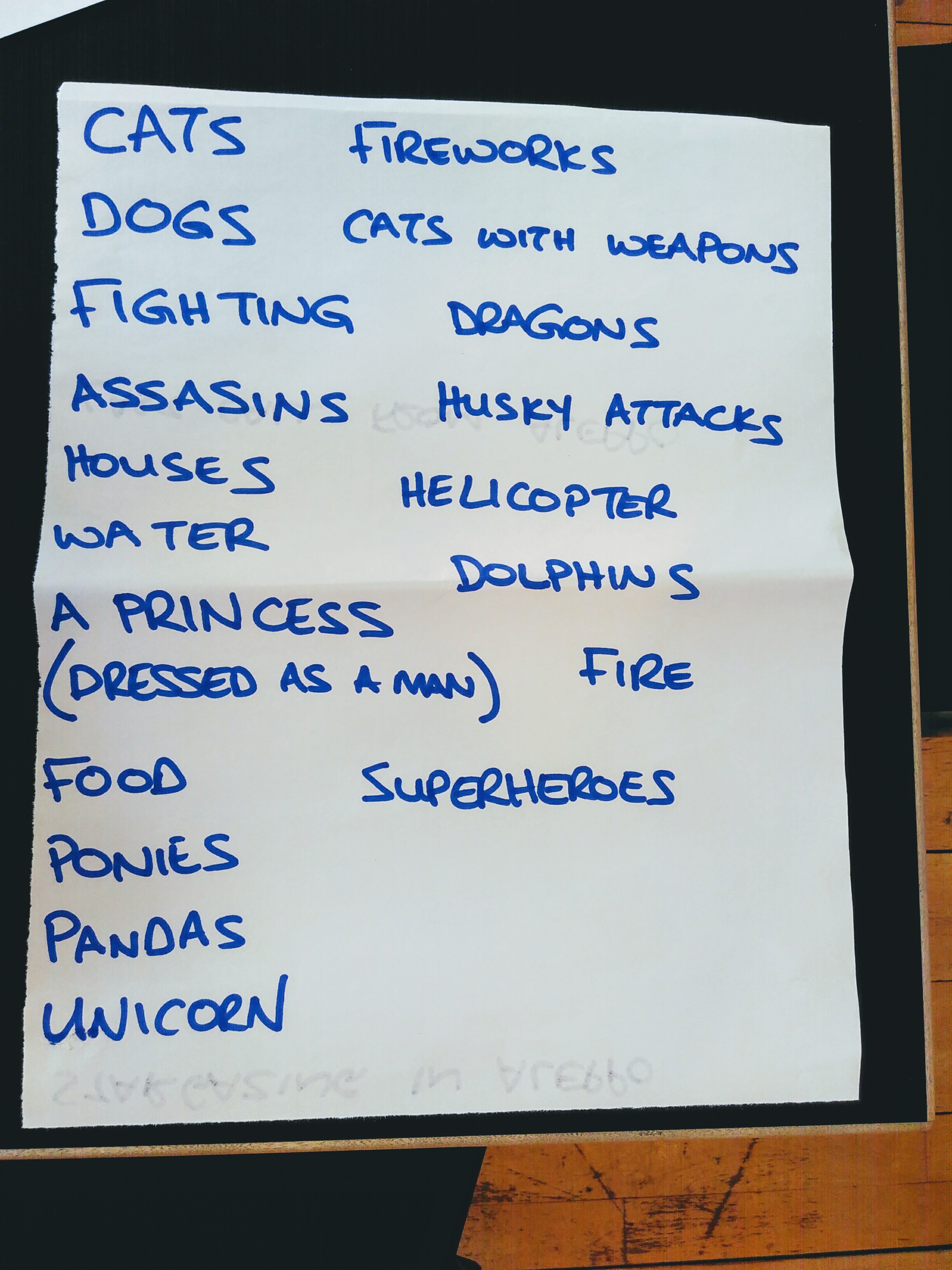