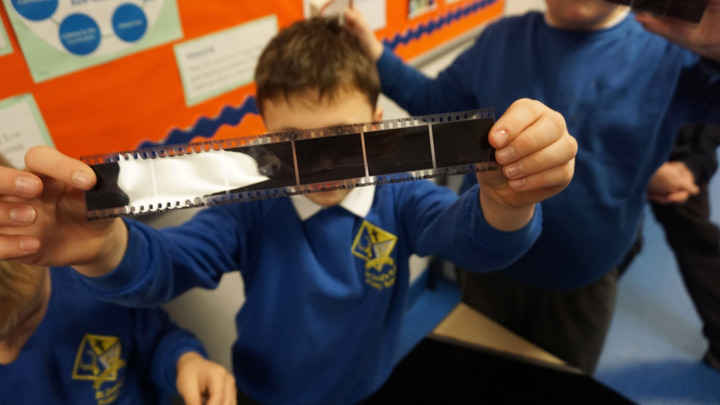 Morwenna Kearsley & myself were in residence at St David's RC Primary between January-March 2020. Morwenna made this film 'THE SALTY CAT WALKS THE SHINY HOUSE' during lockdown following the closure of Scottish schools in mid March. We had always intended to make a film at the end of the project, to be shown in our exhibition. SALTY CAT combines footage shot by Morwenna during our weekly workshops, with footage shot by the pupils (the pupils took it in turns to film the workshops, they could film anything they liked) and stills of some of the projects the pupils worked on, including photograms, drawings and sculptures. Over the project we took inspiration from analogue black & white photography, by artists such as Brassai and Man Ray. We thought it appropriate for our film to be black and white, have the aesthetic of a 'home movie', and refer to analogue film and photography through the whirring, scratching, clicking soundtrack of camera shutters and film projectors that forms an aural backdrop to the pupils' musings and imaginings about objects. I'm so proud of what our p4s and p5s achieved, and of this beautiful film by Morwenna. We hope you enjoy it.