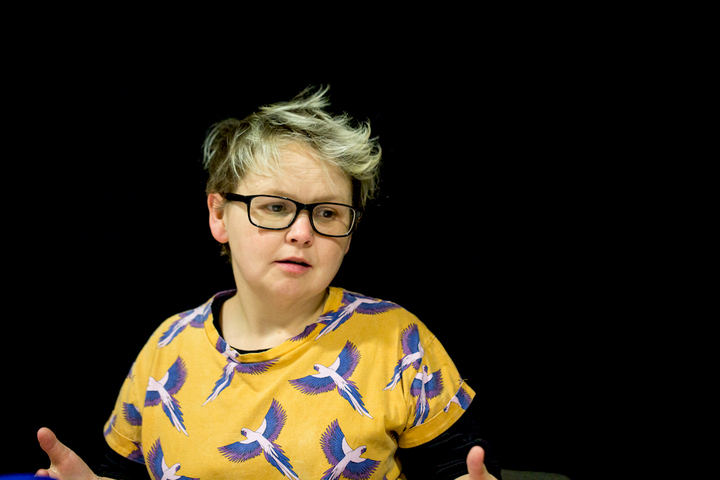 Devil’s Advocate 2 at Edinburgh Festival Fringe - Where are the disabled performers in work for Young Audiences?

In the second Devil’s Advocate session I invited Sir Garry Robson, Co-Artistic Director, Birds of Paradise and Nickie Wildin, Assistant Director, Royal Exchange Theatre, Manchester to come and continue the conversation about the visibility, or invisibility, of disabled performers in work for young people.

Garry talked about how his journey into theatre started in work being made for young audiences. His career has spanned many and varied roles but 2013 saw him return to work for young audiences when he performed in ‘Edmund the Learned Pig’ which was featured in 2014’s Unlimited Festival. It was a family show that had access for all audience members at its heart. In 2017 directed Birds of Paradise’s first work for young audiences, The Tin Soldier.

With a clear passion for developing the artists of the future, Nickie has been performing work, facilitating workshops and nurturing talent in young people for many years. I asked her about why she felt there were so few disabled performers in work being made for young audiences?  She said “As disabled people, we spend much of our lives and careers fighting to be seen and taken seriously as adults and performers/actors. Sometimes performing in work for children and young people is like we’re almost giving permission for the infantilization of disabled people to continue”

Nickie’s insight was one that I had never considered but all of a sudden made a lot of sense to me. For many people work in schools and for young people is where their careers begin. For others, like me, we need to already have an established career to consider making work for young people and remain being seen as a ‘successful’ performer.