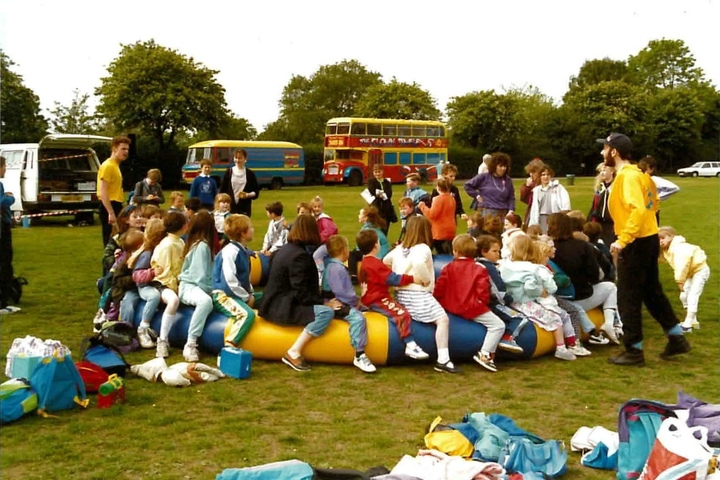 One of the most important parts of my project is to work with the Scottish Theatre Archive at Glasgow University. Founded in 1981, the STA is an absolute treasure-trove of artefacts that document Scotland’s rich theatrical heritage. It’s an incredible resource, and fully open to the public: all you need to do is browse the online catalogue and request what you’d like to see. They have over 7000 scripts, mountains of playbills, ticket stubs and costuming information, and handwritten notes between some of Scotland’s most influential theatre makers. I met with archivist Claire McKendrick to talk about curating Imaginate’s own collection within the STA, and to find out what kind of material she’s interested in. Her answer? Everything!

I’ll be handing over photos, press cuttings, programmes and much, much more – but one of our biggest questions is the matter of our digital materials. Storing a digital file requires a very different system than caring for perishable paper, but technology moves so fast that it’s difficult to predict the best way of ensuring that these files will be readable in the far future. Think how quickly the floppy disc became obsolete! It’s something that archivists are working hard on – and digital archives hold amazing potential, particularly for documenting the performing arts. I recently spoke with some VR artists, and they told me about their dream of capturing all theatre productions in immersive, 360 degree videos for future audiences and theatre historians to enjoy.

For now, though, I’m still busily digitising the old photos and negatives from the cupboard in the Grindlay Street office. I’ve found a solution for capturing the images on the old photographic slides too. Will share a few of those in a future post!

In other news, we’ve begun filming short interviews with a few of the wonderful people central to the journey of Imaginate and the Children’s Festival. It was particularly great to finally meet Tony Reekie, who was the director of the company for twenty years, through multiple name changes and new locations. I asked him a few questions about bringing in work for very young children, ensuring that the festival is accessible as possible, and the early beginnings of the delegate programme. I’ll share all this later in the project.

To wrap up this post, here are some photos kindly shared with us by Marion Donohoe. After bringing her daughter Kim to the first ever Festival, she’s now a volunteer with us. Coming full circle, Kim (now an adult) is an accomplished theatre maker, and has performed at the Festival with Starcatchers and as part of Sprog Rock! 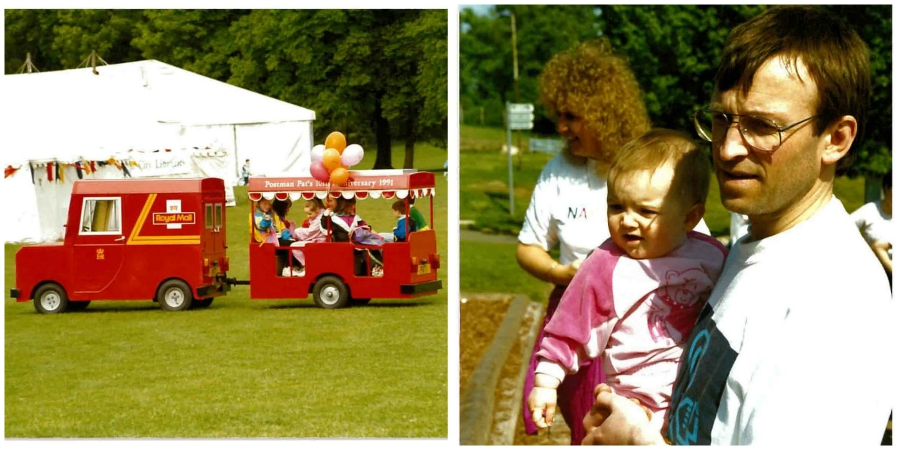 Oh, and we finally found a copy of the 1995 programme! The only problem is that it’s in Canada…