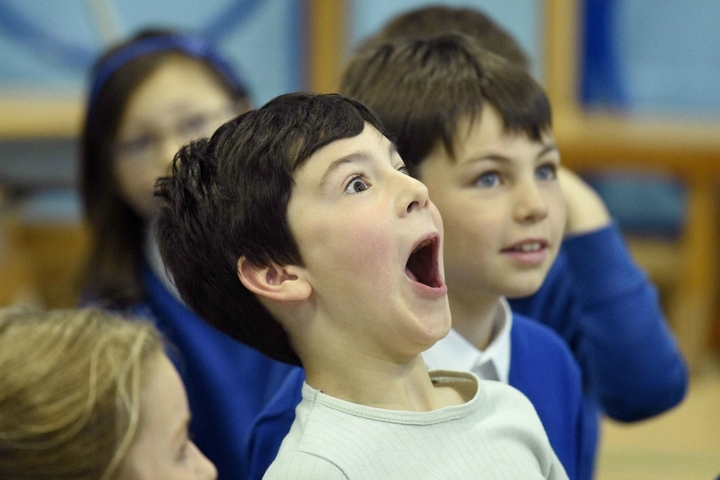 I clearly remember my first experience of a great play for children.  It was back in 1995, at the Tron in Glasgow, and I was watching The Red Balloon by Glasgow-based theatre company Visible Fictions.  I was instantly engaged – the aesthetics, the style of storytelling – everything drew me in.  The text was sparse, the style was highly visual. It was very different to the other theatre I was seeing in Scotland at the time.

But although it was the aesthetics that drew me in, what really captured me was the emotional engagement.  Somehow the show made the audience fall in love with a red balloon. So when the worst happened and the balloon popped, I was heartbroken and in tears, as were many of the adults in the audience.  The children’s response was different – they were enraged at the injustice.  But I suddenly realised that the six-year old next to me and I had much more in common than I first thought.  We had both been engrossed by the same story and we both had a deeply emotional response. The divide between adult and child had been broken down and I discovered that I could relate to him in a way that I had not previously imagined.

It was a very powerful experience. But I struggled to articulate exactly why I thought it was so important. I knew that widely held views of valuing children’s theatre for its ‘educational value’ or its ‘potential to create the audience of tomorrow’ were missing the point.

That was what arts for children was all about, a need, a right.

And this is what Imaginate is all about. Supporting and developing theatre and dance for children of the highest standard. Ensuring children in Scotland have access to at least as good experiences, if not better, than what is on offer for adults. Respecting children in their own right as the people they are now, not the people they will become.

I now understand more about the theatre experiences I really value and the sort of work I want to see made and programmed for children and young people. Theatre and dance that is expertly crafted, emotionally engaging, artistically demanding and intellectually stimulating.

When working with artists who are making performance for young audiences, I always encourage them to be true to their voice and intentions as artists and never shy away from complexity or sophistication in their work. I encourage them to expect the audience to have the capacity to deal with anything that is put in front of them. This approach leads to the most exciting performances for young audiences.

The same goes for choices we make at Imaginate and when programming the festival. We never, ever underestimate our audience and always treat them as the audience of today, not the audience of tomorrow. Come and see for yourself!

This blog was first published in Children in Scotland magazine (Aug 2016).