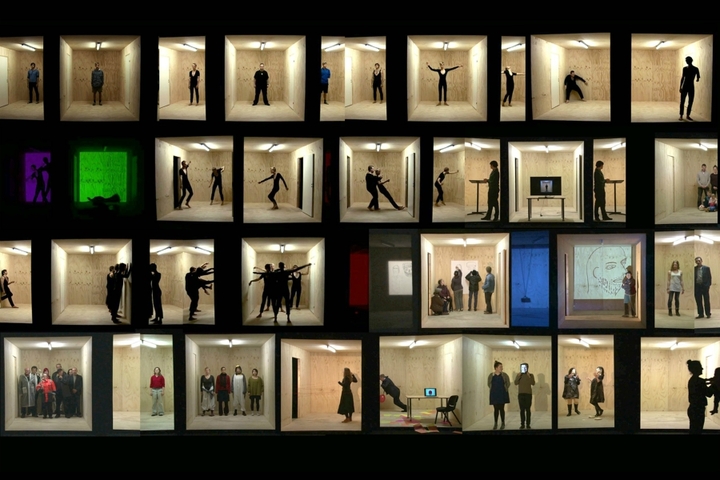 This week I was delighted to start a pilot artist residency with Imaginate, embedding me for the term in St Crispin's school, which is for pupils who have severe needs (mainly non-verbal) on the autistic spectrum.

Having visited a couple of times before, I was really excited by the idea of being based there. The pupils in St Crispin's are aged 4-19, but developmentally (as the school define it) range from 0-3 years. This means a completely different way of working, which is primarily sensory. I knew this would be really challenging, but also fascinating to have to take theatre out its comfort zones and be forced to reimagine what it can be and do in this context. The Head teacher Ruth, and staff are extremely positive and knowledgeable, so I feel safe to take creative risks and know I will be supported, which is fundamental.

One book I am keeping close to me at all times is called: ‘Sensory-Being with Sensory Beings’ by Joanna Grace.  It is very informative and a brilliant in-depth look at working with people who are non-verbal, I’d really recommend it.

I recently had the chance to travel to Australia on a Winston Churchill Fellowship exploring making performance for and with neurodiverse audiences, including those on the autistic spectrum. I spent time with two amazing companies, who have really inspired how I will be working in the school.

Polyglot, led by the remarkable Sue Giles, make performance experiences in collaboration with young people which are structured around the ‘desire lines of children’. I was really struck by how political it felt to really commit to empowering children to have real impact on the shape of a project, and culture more broadly. This theme of collaboration is a big one for me… how do you meaningfully collaborate with young people who are non-verbal? If they do not necessarily know or understand they are part of a creative process, can you call that collaboration? I like a quote from choreographer Janis Parker (who makes amazing inclusive art):

“I now define collaboration simply as a practice that is informed by more than one person, remove one person and a different work exists. 50/50 is neither a relevant nor necessary concept!”

This reminds me of a series of photos that I love by Timothy Archibald of his son Eli.  Interestingly, he calls these a ‘photographic conversation’ between him and his son, who is on the autistic spectrum, and credits it as a full artistic collaboration:

These will be a really big reference point during this project, as they are beautiful pieces of art, and yet feel totally authentic to the two collaborators involved.

Having been thinking about this, it was very cool that on my first morning the Head teacher announced in assembly that they would be working as a school this term towards making sure the pupils choices were respected and they were given as much autonomy as possible, which seems the educational way of saying what I had been thinking!

For a while I have been interested in framing, both in cinema and theatre and how this seemed to be a really helpful tool for people with sensory overload. This gave me the idea of using film during this residency, which was also really inspired by Back to Back Theatre, who were the other company I spent time with in Australia, and their film project: The Democratic Set

Like with the photos, this simple form and use of framing creates beautiful art that doesn’t ask any of the collaborators to compromise who they are and their interests and preferences.

I have no idea how these concepts will translate in this setting, when they meet these collaborators, or what the outcome will be, but it’s a really fun idea to play around and experiment with. It’s particularly interesting in this context because you hardly ever see people on film who have complex disabilities. I also notice that there are hardly any photos on the school website, and many parents are very apprehensive about giving consent for photos and film footage of their children to be used publicly… another fascinating minefield to poke around in!

I must admit that although I have experience working with people with severe needs, I did feel nervous starting in this particular school. There is an atmosphere of caution around certain pupils, staff wear head scarfs to stop hair grabbing and you hear quite shocking anecdotes about the reality of working day to day with pupils who can be physically really large, but developmentally at an early stage. I was really aware in the morning of my visit to think about all the different smells I wear on a day to day basis that might aggravate someone who has sensory processing difficulties; hairspray, shower gel, deodorant, washing powder, perfume. I have decided to wear the same one scent natural oil each week and the same blue jumper, so they can start to associate these with me and identify who I am more easily.

To add to this, in any residency, there is always that slightly undefined role, that no one quite knows what you are there to do, and in a way even you don’t yet! I really love the creative freedom and spontaneity in this way of working, but it always takes me a while to settle in as you slowly build trust. I got really excited when I met the two classes I will be working with, who are both full of a huge range of personalities, foibles, preferences, barriers and needs, which will make it a really interesting terms work. 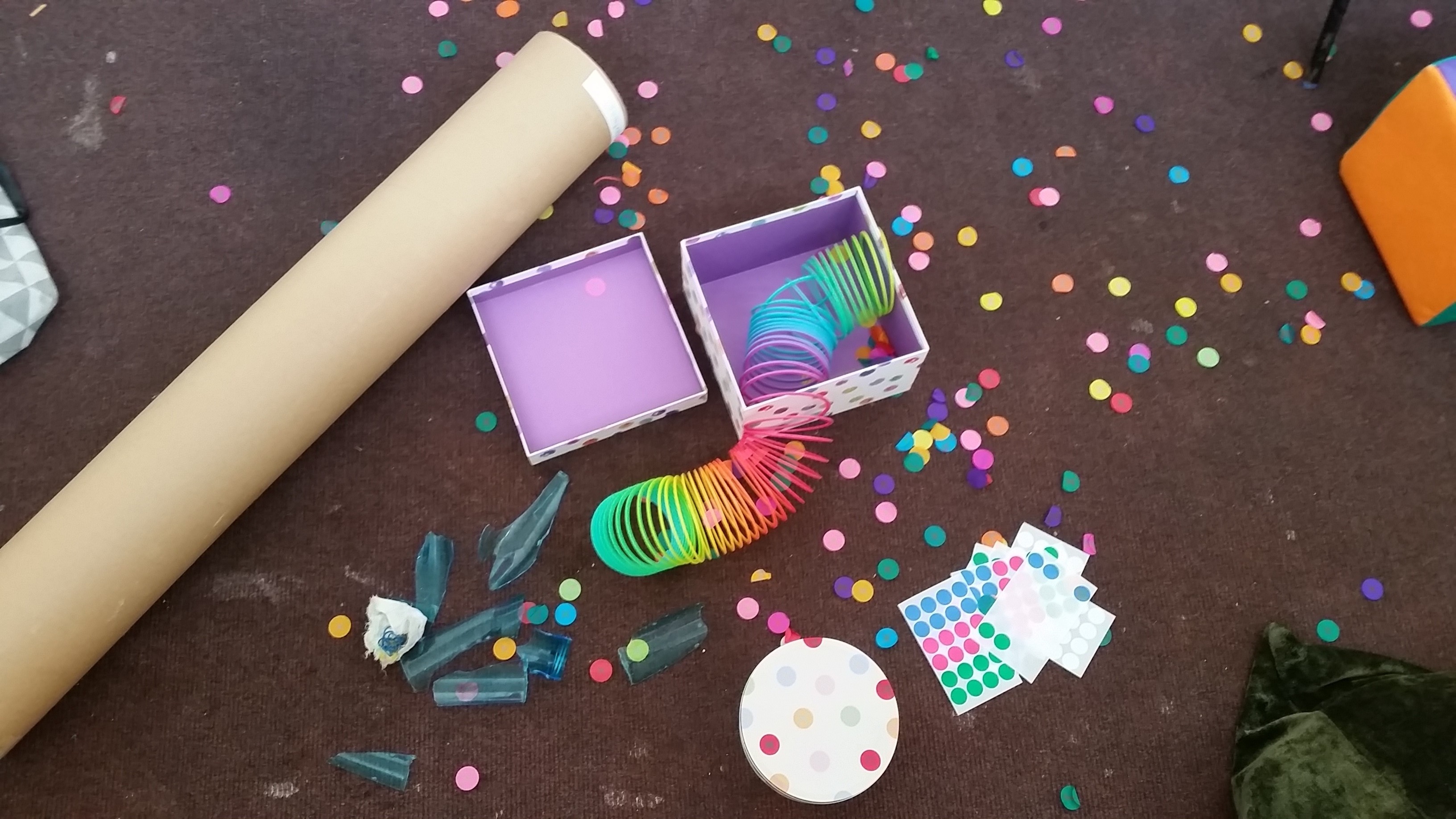 The picture above shows the creative carnage left at the end of the last session. After a stream of pupils who had responded really well, the final pupil came in and responded in a totally different way - throwing props and breaking some. It was pretty challenging, but a good reminder that no one set up will ever be right for everyone. In fact the accompanying staff member said she wondered if it reminded the pupil too much of constant assessments by therapists and specialists. This made me feel a bit deflated if I'm honest...but it's really interesting to think about what differentiates theatre from play therapy or diagnostic sensory sessions, and has given me food for thought.

I started simple, with things I know, and myself as the main resource. I always use Phoebe Caldwell’s Intensive Interaction technique to underpin any work I do in this area.  I am already learning loads from the staff. In fact a couple of comments they made this week surprised me and really made me smile:

"People think they (the pupils) always have to be actively doing something as an audience, but actually they are able to sit and watch if you give them something worth watching…as long as there is music, colour and movement we are happy.”

"Sound and volume is great. People turn down the sound – but that is one of the main things our kids respond to as long as it is not a sudden loud unexpected bang, in which case you can expect a whack!”