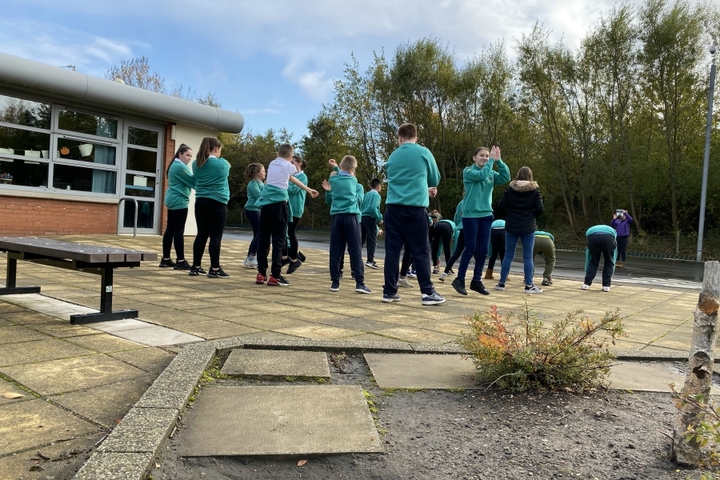 Our first session together was lots of fun and pretty wild. Playing lots of games to bring us together and give the group room to show off, we spent the morning and afternoon getting to know each other through sharing our favourite games and going outside a bit. In the afternoon the school gave myself and Sinead Hargan (who was collaborating with us for the first week) a tour from their experience of the school, which was a great way to get to know the building! It was really clear from the get go that this group was full of energy!

The second session was the first working with Gudrun, and we began to focus more on performance-making. In the morning we worked to visualise the school building through map-making and wandering. In the afternoon, working in groups, we began to make site-specific performances for locations around the school that sought to transform places like the staff-room, the library, and the cloakroom into places where anything was possible!

On our third session we began to hone in more on exploring rules in a more precise way – thinking about the rules of the school, the rules we’d been following and breaking during the first two weeks, and writing some performance texts in response to it all. We then started to make texts in response to it. We also began to create choreographies together that were made through using rules to create movement and actions. In the afternoon we returned to writing, this time thinking about what it is to be a good person and what happens when we break the rules!

During this session we began to make material for our performance – writing texts as Mrs Armstrong, the class’ teacher, playing with being a rule breaker and a rule maker, and thinking about all the things that rules provide us with. We then split into two groups and began to create a high intensity movement sequence that explored the idea of preparation, layering some of the texts from earlier onto it. In the afternoon we spent some time experimenting with performance qualities through improvisational tasks and rule based activity.

In the morning most of the group worked on texts thinking about rules they dislike or distrust, while smaller groups worked on solos, duets, or choreographies with Gudrun and myself; this was lots of fun! We were specifically thinking about ideas of obedience and what the consequences are for us when we aren’t obedient. In the afternoon we created some more choreographies looking at chaos and exhaustion in relation to rules, and then began to think about the rules of support: what things we need to be content human beings. In the afternoon we spent some time creating more choreographies looking at trust and lifting, and working together on a choreographic score. 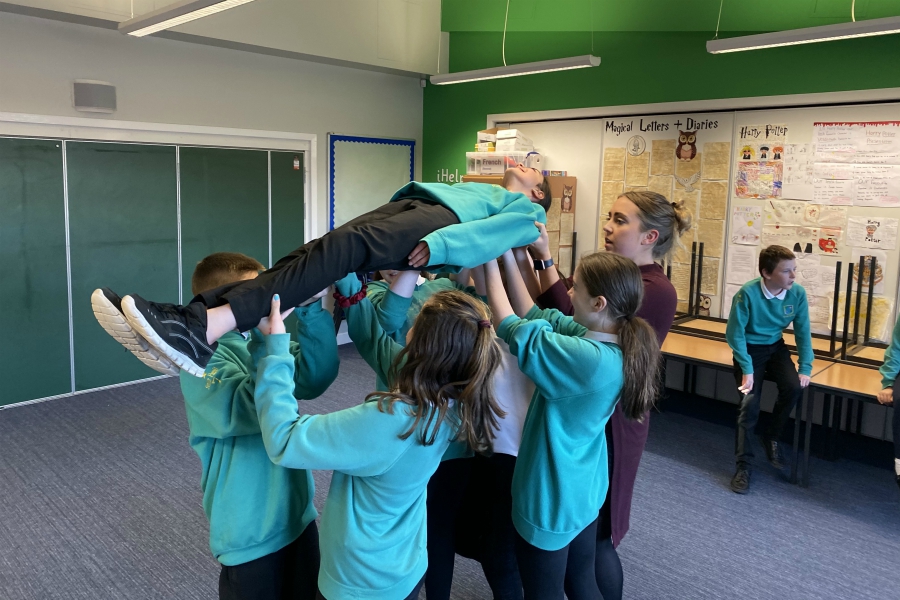