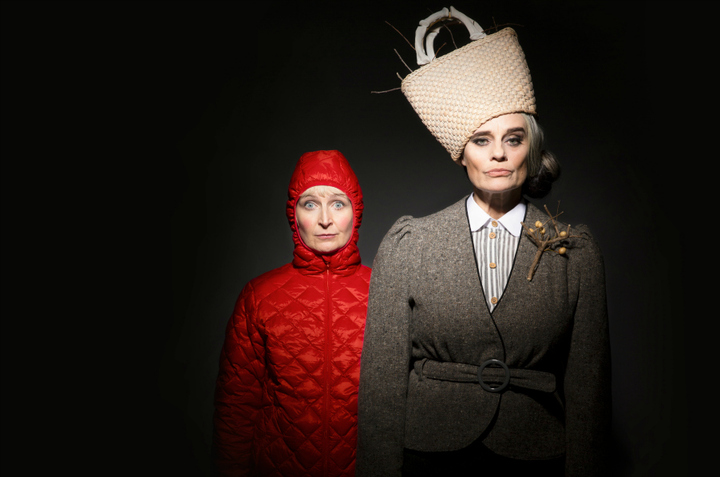 Baba Yaga is a theatre production for children aged 7-12, commissioned by Imaginate and Windmill Theatre Co, and created by Shona Reppe, Christine Johnson and Rosemary Myers. Since its premiere at the Children’s Festival in 2018, Baba Yaga has toured the world, won two awards, been nominated for 5 others, and delighted young audiences from Dublin to Taipei. Here, we tell the story of this unique commission…

It all started when acclaimed Scottish artist Shona Reppe came to the Festival in 2016 and saw Fluff, a production co-devised by award-winning Australian theatre-maker Christine Johnson. Shona knew there and then that she would like to work with Christine. ‘Baba Yaga was a story I always wanted to tell but hadn’t found the right time. Christine already had many Russian connections, so it felt right!’

Imaginate facilitated the collaboration and secured funding from the Scottish Government’s EXPO fund. Baba Yaga was created between August 2017 and Spring 2018 and included four trips to Australia and regular Skype meetings. This was quite challenging for the artistic team, but after only six weeks’ of direct contact time, they had a full show on the road!

Baba Yaga opened with a tour of Scotland, from Shetland to the Borders, before performing at the Children’s Festival to sold-out houses. The show was a highlight of the 2018 Festival with The Sunday Herald newspaper calling it ‘Fabulously performed, technically outstanding and excellently directed’, and The Times declaring it an ‘irresistible’ work combining ‘darkness mixed with delicious comedy’.

Baba Yaga was seen by many of the 300 industry delegates who attended the Children’s Festival that year: programmers and producers from across the world, looking for shows to present in their own venues and festivals. It received exceptional interest, which led to further touring. The show was booked for a week at the prestigious Adelaide Festival in early 2019. It then went on to do a five-week tour of China and Taiwan. In September 2019 it was presented in Norway at the International Association of Theatre for Children and Young People (ASSITEJ) Artistic Gathering, one of 10 productions chosen from over 500 entries.  Baba Yaga finished the year with a six-week tour of the UK and Ireland, including an appearance at the Dublin Theatre. In 2020 it returns to China to perform in three more cities.

Along the way, Baba Yaga has won a CATS Award (Critics Award for Theatre in Scotland) for Best Design, and been awarded Best Work for Children at South Australia’s Ruby Awards. The show has also won the hearts of thousands of audience members through its story of an older woman full of ‘life, wonder, horror and magnificence’, who helps a younger, timid woman to find colour in the world.