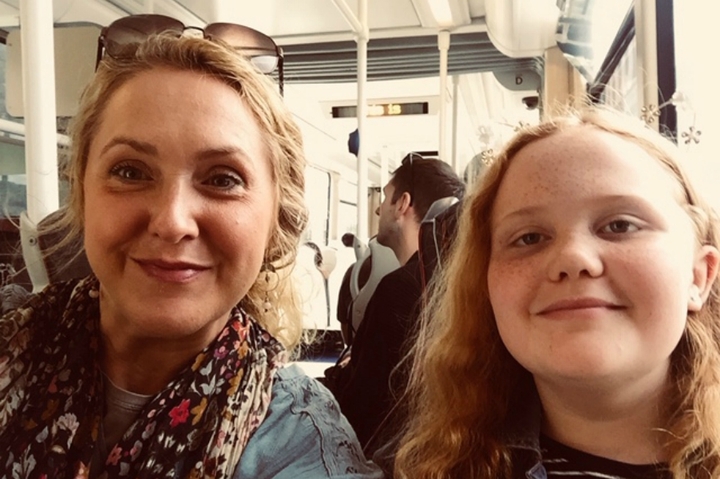 This is fantastic as a parent, because you can have these amazing shared experiences with your wee one.

Karen and Isla are a mother and daughter who live in Bo’ness. They have been coming to the Children’s Festival together since 2012, when Isla was just 4 years old. Over the years they have laughed, cried and made memories at the Festival together. Here, they share a few of these memories and talk about their love of going to theatre.

Karen: I lived in Edinburgh for a long time before we had Isla. There were so many amazing shows. After we had Isla we moved out of town, but I didn’t want her to miss out on the opportunities that I’d had in Edinburgh. I found out about the Children’s Festival, and realised that there are shows specifically for kids, and for different age groups. This is fantastic as a parent, because you can have these amazing shared experiences with your wee one. When she was younger, Isla’s father was working away a lot, so she and I had this really special time going to shows at the Festival together.

Isla: I like the excitement of going to the theatre. You go in, the lights go down, and my mum might have read about the show but I won’t know what’s coming, so it’s really exciting.

K: We saw Super Human Heroes at the Children’s Festival a couple of years ago. There’s been so much about climate change on the news, to the level where it’s actually quite scary for children. Then you have a show that’s tackling climate change, and it’s talking about mental health, and what people are trying to do to make things better: it was a really upbeat experience. I think we need to explore these big issues with children. Children are worried, they care about the future.

I: It was also good because one of the characters was left alone: all of the other superheroes had gone away, and she was finding it difficult to do it all by herself. So it was like a message to say: there are people always there for you, and you’re not alone.

K: We also really enjoyed Eddie and the Slumber Sisters. It was amazing to explore those different characters and watch how they interact. We were both howling by the end of it! You could see a million things on television, but when you come to the theatre, you explore a person’s character, and you kind of fall in love with the character a wee bit, because you see parts of yourself in them, or people that you know and love. It’s much more engaging when you’re part of an audience than watching something on screen. Especially with some of the ways they’re staging productions nowadays – you’re not just sitting there in the traditional style in front of the stage. People are encouraged to be involved and feel part of it.

I: It is more real. Nearly everyone has a phone now – all my friends have phones. When you’re on social media you can read about stories or watch them on You Tube, but it’s not the same.  It’s just a story on your phone. It’s important to see real-life stories and real people, right in front of you.

K: It touches you more, I think.

I: Yeah. And sometimes, if you’re not feeling too happy, and you go to see a good show, it can make you feel better. You might come out smiling, and you know that you’ve seen something good to-day, and that you’ll have a good memory of that.