Ideas Fund: Outside my Window I see... 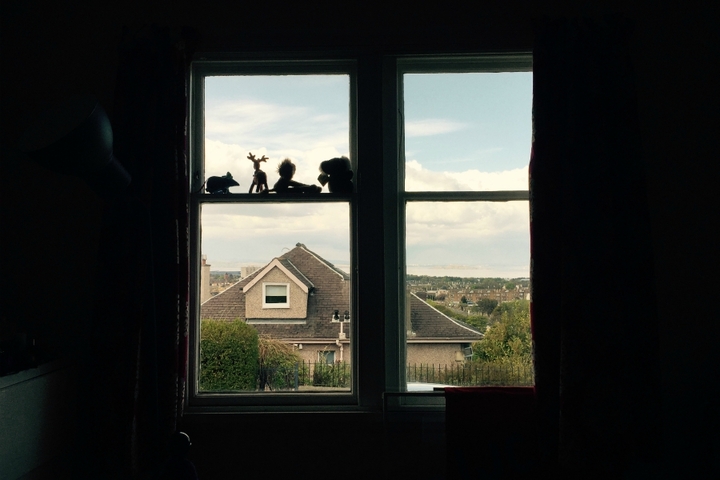 It has been such a joy to speak with so many young people over the phone and hear them describe their environments. It's such a simple question 'what do you see outside your window', and yet each description reveals so much about the place and also, just as interestingly, the person describing it. It's been such a privilege to spend time seeing places- Edinburgh, Kolkata and Iona- through the eyes of a young person who lives there. Through their descriptions and from the confines of my home, I have travelled to 17 story flats in Kolkata, cul de sacs in Edinburgh and farms full of lambs on Iona.

Artist Alice Cooper has made a short film that combines the voices, stories and artworks of young people from Edinburgh, the Isle of Iona and Kolkata, India.

As part of the collaborative film-making process, she has spoken to twelve young people (over the phone) and recorded their answer to the question 'What do you see outside your window?'

She then paired up the young people and asked them to draw or paint an image based on what the children in another area had described (so for example, a child in Iona would draw the view described by a child in Kolkata).

Then, with Gavin McCabe, her creative collaborator and sound engineer, they put all the images and stories together to make a short film.

You can read the full details of how Alice made this film here.

Many thanks to Stephen Lee (Headteacher, Iona Primary School), Tanya NicLochlainn (Teacher, Corstorphine Primary School) and Ruchira Das (Founder & Director, ThinkArts) for connecting Alice with the children.  And an even bigger thanks to all the children and their families who took part.  How would you describe the view from your window?  Can you describe it to a friend or family member and ask them to draw how they imagine it?