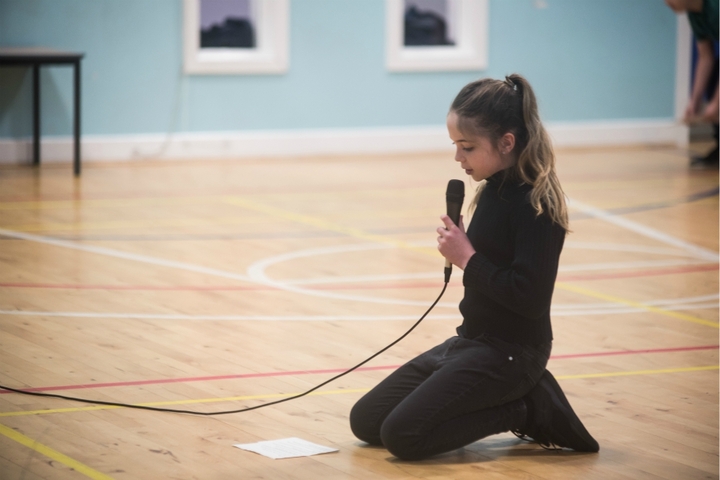 We began the day by considering the restrictive and one-way implications of rules, specifically drawing on all the rules we knew of that began with ‘No’, for example ‘No ball games’, ‘No bad language’, ‘No talking’. We spent some time trying to create our own rules that not only began with yes, but created conversation and dialogue as opposed to being adult-down. Later on we began to create a list of questions for adults that tested how many rules they had broken. We also began to create more solo moments for the sharing at the end.

We also began to assign letters to each performer and working collaboratively as a whole class spell out the following statements:

To do this was a complete test of collaboration, patience, and resilience for the whole group – but we managed to get there, and even have some time to spend working on the closing choreography.

This was our first day of our first back-to-back days. We spent the morning working with cardboard cut-outs of a very young person, a teenager, an old man, and a cow. Using these we created a lecture that explained – in a straightforward way – the process of making and imposing rules within our society, specifically focusing on how this dictates the lives of young people. We also practiced a bit more with the letters spelling out the sentences.

In the afternoon we began to put the finishing touches to some of the solo moments in the show, including a letter that one of the young people read out bemoaning the schools rule of not climbing on the climbing frame – which was one of my favourite moments, purely for how impassioned he was doing it. We also began to look at the Marshmallow Test as a piece of material that explored obedience and compliance.

To end the day we worked a little bit on the closing choreography and created visual storyboards of our process so far.

This was the first day we began to put the material together in chronological order, with a lot of the group beginning to get a sense of the overall structure and see the wider meanings of the material they had made. It was the moment of ‘ah-hah’ for much of the group, which was lovely to see!

We spent the morning finalising the letters and sentences sequence and working on turning our ‘yes’ and ‘no’ rules into material. We put the finishing touches on the marshmallow moments alongside the other solo moments. And in the afternoon we staggered through everything in order. The group’s sense of focus and commitment became clear – everyone was up for it!

Our first day of our second back-to-back day. We were worried going in that, with life moving fast in school, a lot of the group might forget the material, the order, or have lost interest in what we were doing. Luckily, that wasn’t the case. There was a real sense of nervous excitement building, and for some of the group this was the final push they needed. For others, it was a really helpful motivation for them finding a richer sense of embodiment within the performance.

Our penultimate day really came down to rehearsing everything over and over again and fine-tuning the clarity of moments and the performance qualities within them. As is the nature of these projects, a few absences meant a few last minute changes with people having to step in for other people and learn material quickly – which they did.

The afternoon welcomed Pamela in from the Imaginate team for a sharing of the material in the classroom, which everyone managed to do with a degree of focus and energy – which was great for a Monday afternoon in the P7 classroom!

This was our final day together, culminating in our performance Rules Are Rules Are Rules Are Rules being shared to parents, carers, family, and upper primary classes. It was also the first day we could rehearse in the space we would be performing in – the gym hall. This change of space brought a level of focus and energy into the group that was incredibly useful, with everyone have both a sense of excitement and readiness.

Before the first break we shared our show to the P6s who seemed to really enjoy it – they saw the strange sense of humour, the frustration with some of the schools rules, and the sense of relief that comes with finding the rules that work. We were happy with how this went, but myself and Gudrun also saw moments that could be tightened before the final sharing – so we acted quickly to make sure we got everything as together as it could be (including dealing with a little water incident…).

Before our final performance we spent a bit of time getting relaxed and focused, mustering up all our energy for one last push! We were really proud – if but a bit exhausted – by this point, and the performance wasn’t even finished yet.

When it came to the show itself there was a great turn out of folks, and the audience were very warm and welcoming which was great for the class. The class themselves absolutely smashed it! It was so clear that everyone was having a great time as they performed material – even the parts that had felt a bit sticky earlier on in the process or had been met with resistance were being presented with aplomb.

Our final moment together was considering what we would take forward with us from this journey, a quiet reflective departure and culmination. Everyone remarked a sense of confidence, a new openness to performance, and a hope for more of this work in the future. 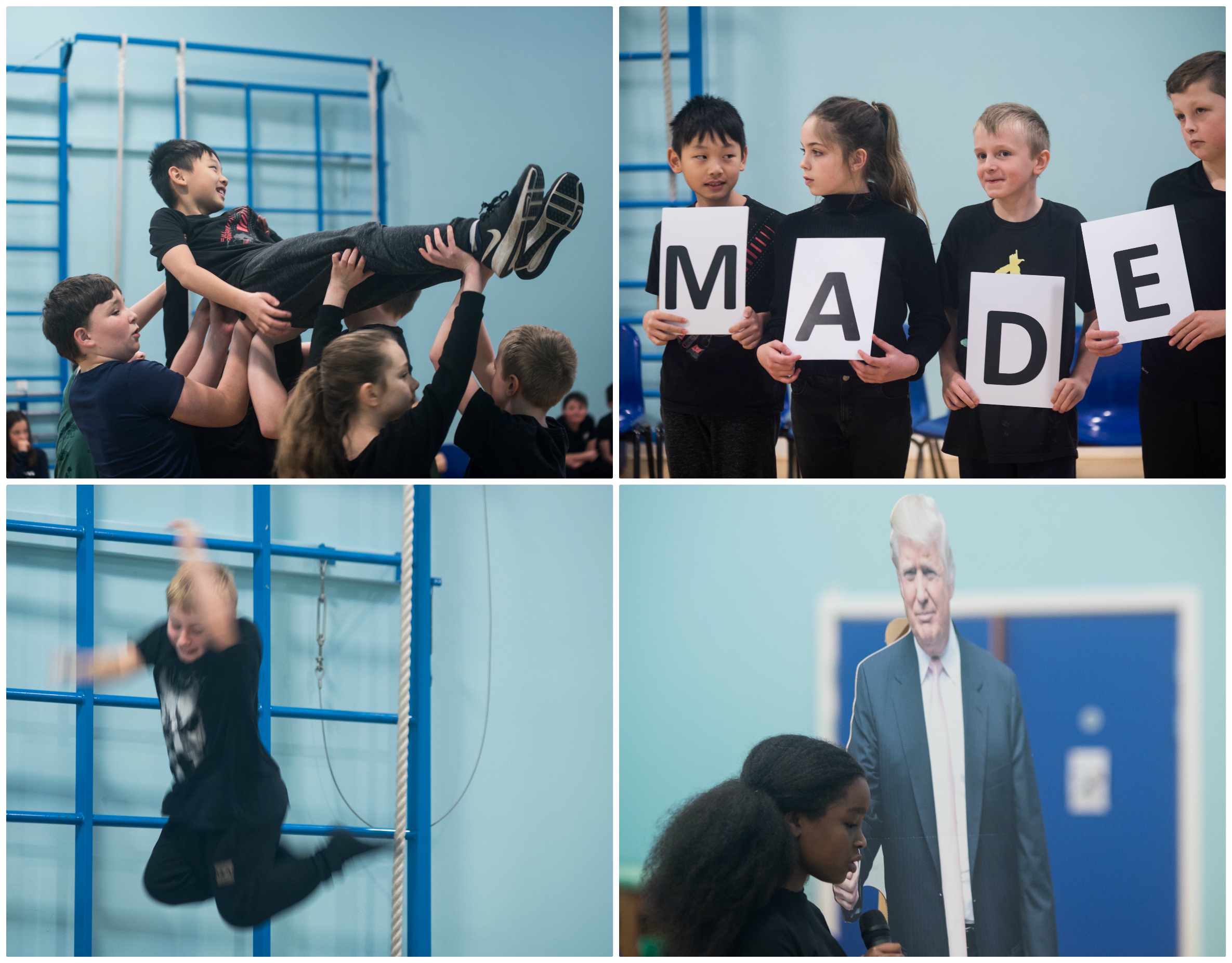