Blog: How did we get here? 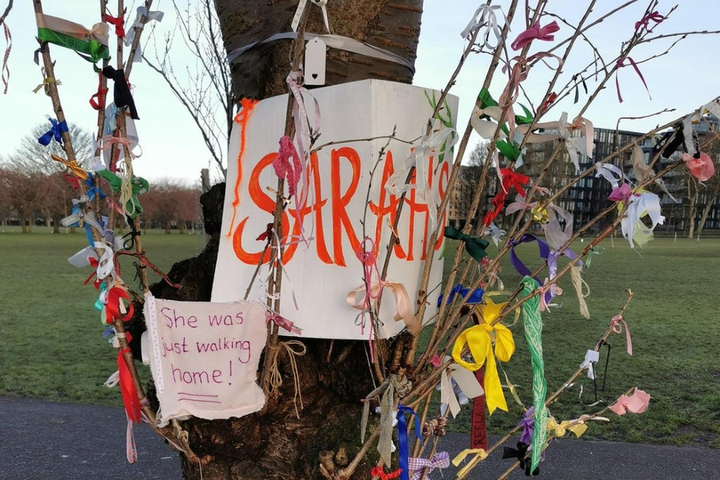 Artist Xana Marwick reflects on the recent horrific murder of Sarah Everard and its relevance to her new play Thrown, which she is writing as part of Imaginate's Accelerator programme.

You don’t need me to tell you what a shit-storm the week that started with International Women’s Day 2021 and ended with Mother’s Day in the UK was. But I’m a playwright and I’m currently writing a play for children and families about domestic violence and I feel like I have something to say. My play, Thrown, is a musical, a comedy and, hopefully, it’s an entertaining theatre experience for anyone who sees it.

It’s very important to me that this play is a fun and enjoyable experience, not least because otherwise no one will want to come and see it and then really, what’s the point? But, I’m afraid, I can’t say the same for this blog.

I’ve read all the statistics and you probably have too: how many women are hurt by men in their own homes, men they love. How many women are frightened to walk the streets after dark and take special measures to protect themselves (nearly all of them). How many women are killed a week in the UK, by men. And now, last week, we are reminded of all of this again by the desperately sad murder of Sarah Everard. There is a lot we still don’t know for certain, but we do know that she is gone and that a lot of people are moved and angry. People are protesting on the streets and online. Enough-is-enough they say. This violence at the hands of men, this culture of fear, needs to stop.

Some people will tell you another statistic – that men are FAR more likely to be attacked, in the street, by a stranger, than women. And this, I believe, is true. But I believe it’s also true that the men are, overwhelmingly, being attacked by… other men. So, unfortunately, this statistic doesn’t really help women to feel any safer.

Nevertheless, I ponder. When does a man turn into the ‘sort of man’ who kills a woman he does not know? It’s true, this man is relatively unusual. It’s far more usual for men to kill women they do know. And more usual still for men to hurt, control and attack women they do know and, often, live with. It’s incredibly usual for men to objectify women by cat-calling, watching degrading porn and coercing them into sex. And, it’s entirely usual for women to be ignored, talked over, laughed at and disregarded. And yes, as the mother of two boys, and the wife to a very gentle-man, I agree wholeheartedly that not all men are bad people. But, y’know, quite a few are and just as we have reached a point in our society where we need to face up to our implicit racism and internal bias against people of colour, so we need to recognise our implicit misogyny and our internalised patriarchy. We all need to do the work.

What’s any of this got to do with my play, Thrown? Everything. I’m writing Thrown for children, for a reason. Because these biases start in childhood? Absolutely. But also because these things are HAPPENING TO and AROUND children too.

Prepare yourself as I tell you about…

How did I find this horrific list? Surely it can’t be representative of most of the population? I must have sought out these examples specifically to prove a point. Sure, we all know that everyday sexism happens, but it’s mostly just leery looks and annoying comments, right? Right…? Well, I’m afraid that I found this list just by knowing about it, all through my own friends and family. Through the conversations I’ve had, not in researching this project, but just in my life. All of these things were par for the course for someone I know. And not one of them was reported to the police.

So, how do we end up with those occasional and unusual monsters who will trap and kill a stranger in the street? We let them get away with all the other stuff. And we let their sense of power and entitlement over women build up, until they – those few men that become monsters – think they can get away with that too. And it has to stop.

I don’t pretend (even to myself) that Thrown is going to change the world. But it’s my little piece of something.  It’s my attempt to have something to say.

N.B. I’d like to acknowledge that gender-based and domestic violence, though still overwhelmingly carried out by men, affects people across the gender spectrum and includes all relationships, not just heterosexual. I’m writing today about women – whoever identifies as a woman now or in the past – because this is a personal reflection, based on my own lived experience and on the death of Sarah Everard. It’s also about my play, Thrown, which is about a heterosexual relationship.